When I found out that Audio Karate were releasing their debut album, Space Camp, on vinyl for the first time, I was stoked. I also felt incredibly old, given that it was released back in 2002.

The band asked if I’d be interested in designing a gig poster for their upcoming reunion shows, which was a no brainer. The brief was pretty straight forward (and awesome): “Space dogs”. 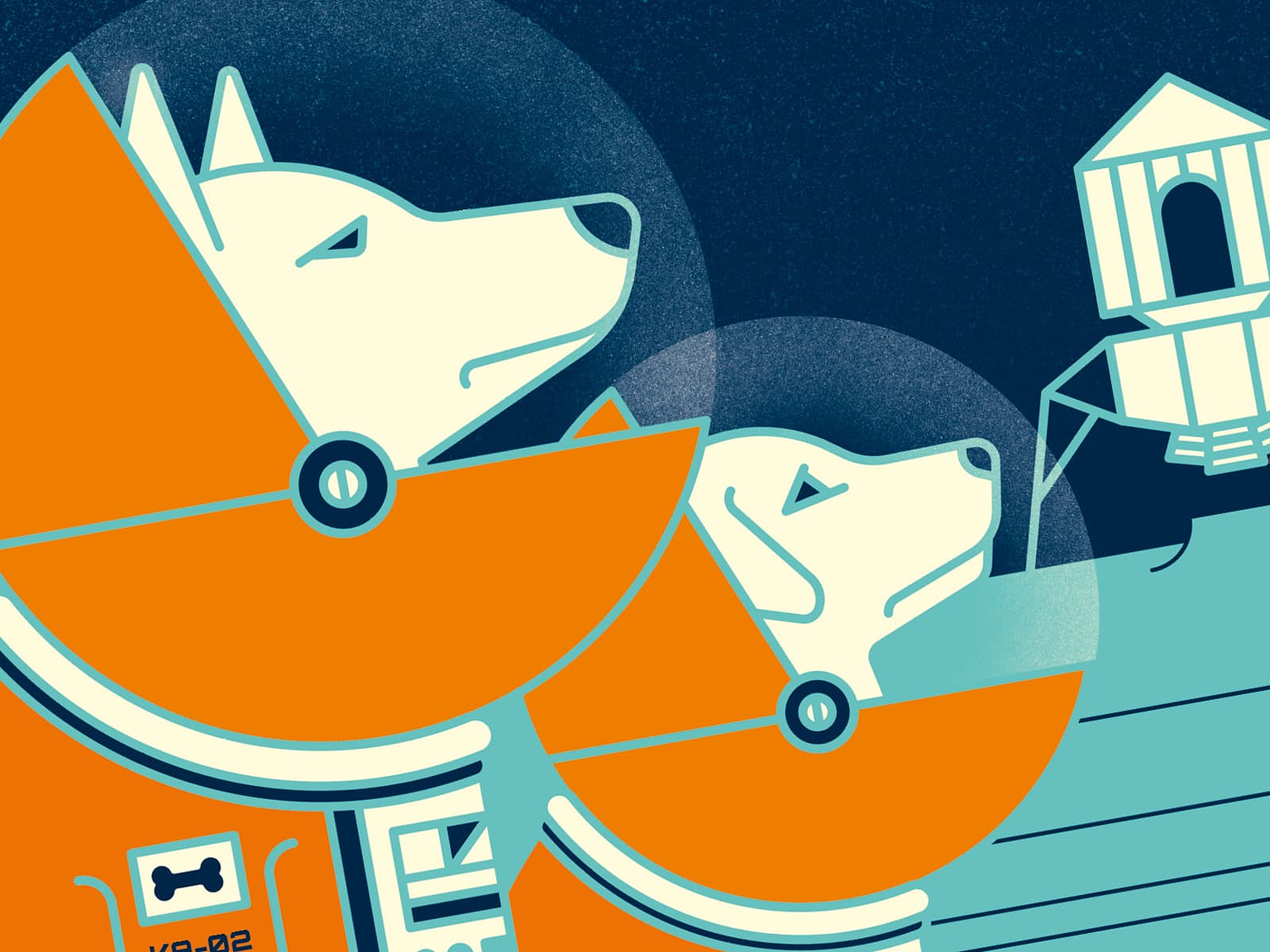 Instagram Dribbble Linkedin Facebook Twitter
I acknowledge the Traditional Owners of the land where I work and live, the Wurundjeri Woi Wurrung people of the Kulin nation, and pay my respects to Elders past and present. I celebrate the stories, culture and traditions of Aboriginal and Torres Strait Islander Elders of all communities who also work and live on this land. I will continue to learn about and support the Traditional Owners of this land.
Instagram
Dribbble
Linkedin
Facebook
Twitter
All work © Secretly Swedish Design Co. 2021
This website uses cookies to improve your experience. Hopefully you're ok with this, but you can opt-out if you wish. Cookie settingsACCEPTREAD MORE
Privacy & Cookies Policy

This website uses cookies to improve your experience while you navigate through the website. Out of these cookies, the cookies that are categorized as necessary are stored on your browser as they are essential for the working of basic functionalities of the website. We also use third-party cookies that help us analyze and understand how you use this website. These cookies will be stored in your browser only with your consent. You also have the option to opt-out of these cookies. But opting out of some of these cookies may have an effect on your browsing experience.
Necessary Always Enabled
Necessary cookies are absolutely essential for the website to function properly. This category only includes cookies that ensures basic functionalities and security features of the website. These cookies do not store any personal information.
Non-necessary
Any cookies that may not be particularly necessary for the website to function and is used specifically to collect user personal data via analytics, ads, other embedded contents are termed as non-necessary cookies. It is mandatory to procure user consent prior to running these cookies on your website.
SAVE & ACCEPT